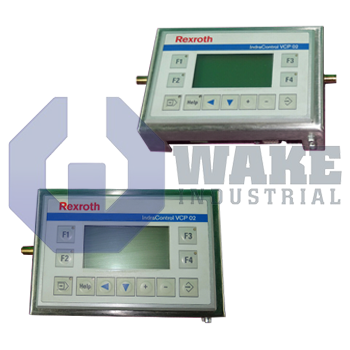 The VCP Screen Panel Series is manufactured by Rexroth Indramat Bosch. On each screen panel there is a Small Operator Terminal (SOT), which is a machine operating terminal that is used for initiating functions in the machine needed for the application. The VCP Screen Panel series has a compact design which makes it very suitable for many different applications and makes it so that every mounting position is able to be used. Depending on the panel, the SOT can have up to two serial interfaces or a fieldbus interface. These panels have Function Keys that can be used either to trigger a function or as menu control buttons.