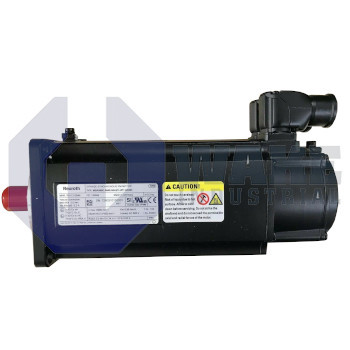 Warranty
1 Year Wake Industrial Warranty Included
Shipping
Worldwide shipping via DHL, UPS, and Fedex
Exchange
Call to find out about our exchange credit for your defective unit.
Sell Us Your Surplus
Have a MSK061C-0200-NN-M1-UP0-NNNN to sell?
Click Here

The MSK061C-0200-NN-M1-UP0-NNNN provides a variety of features aimed at easing its use and to suit the different possible objectives of the equipment it will be used with.

The reliability of this motor part is enhanced by its integrated temperature sensors. The motor part has two different temperature models, the 60K and the 100K, each used for specific conditions instructed in the manual. These temperatures directly influence the setting up of the technical data for optimum efficiency. Due to heat during use, this motor part has a cooling system that works through natural convection, allowing for the sustenance of the motor part.

The MSK061C-0200-NN-M1-UP0-NNNN has a unique encoder system which allows users to choose from three different resolutions: low, average and high resolutions, depending on the objective and for flexibility of applications and affording high degree of precision. The encoder comprise optical encoder, multi-turn absolute hiperface, with 128 increments.

The MSK061C-0200-NN-M1-UP0-NNNN also features high protection mechanism against penetration by foreign particles and contact by external objects and substances such as acid; the protection category for a standard design is IP65. It also features high torque density, and maximum speed of about 9,000 rpm.

In addition, the shaft is coupled with Keyway and shaft sealing ring, including optical encoder; and an holding brake; all these features allow it to be properly coupled together without unwanted obstruction during use.

The MSK061C-0200-NN-M1-UP0-NNNN is an highly compacted motor part that provides dynamism, flexibility and quality.