The AKM22C-ANBNR-B0 Is manufactured by Kollmorgen and features a max BUS of 640 and max Tp of 4.82 Nm. The AKM series also featured a max rated force of 8000 and max rated power of .54 kW.
Request a Quote Request Repair 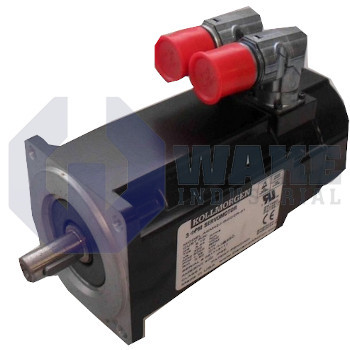 The AKM22C-ANBNR-B0 Is manufactured by Kollmorgen and features a max BUS of 640 and max Tp of 4.82 Nm. The AKM series also featured a max rated force of 8000 and max rated power of .54 kW.
Request a Quote Request Repair

Warranty
1 Year Wake Industrial Warranty Included
Shipping
Worldwide shipping via DHL, UPS, and Fedex
Exchange
Call to find out about our exchange credit for your defective unit.
Sell Us Your Surplus
Have a AKM22C-ANBNR-B0 to sell?
Click Here

The AKM22C-ANBNR-B0 is one of the strongest products in the AKM series manufactured by Kollmorgen. This synchronous servomotor is very useful for both textile and other industrial purposes. The design of AKM22C-ANBNR-B0 conforms to DIN 42950 standard. It operates with 95% relative humidity with no condensation. The value of its rotor moment of inertia is 0.16J, which determines the total amount of torque required for the rotor’s angular acceleration. The AKM22C-ANBNR-B0 has a class N type of vibration in accordance to DIN ISO 2373.

The AKM22C-ANBNR-B0has a thermal time constant of 9 minutes and a static friction torque of 0.005Nm. The frictional torque is always generated at the surface of the brake. It has the ability to operates at an over-temperature winding and an ambient temperature of 100K and 40oc respectively. Its brake can be controlled by 8.4W of power supply with a typical backlash of 0.46. The backlash of AKM22C-ANBNR-B0 is an indication of its level of tolerance. It also determines the rate at which the output shaft can rotate with moving input shaft.

It has a peak current of 5.6A and a peak torque of 2.73Nm. The peak current is generated with the shaft of the servomotor which makes a small movement. The AKM22C-ANBNR-B0 operates at a nominal voltage of 230V and a rated power of 0.29kW. However, it should be noted that the shaft of the servomotor does not work with axial loads. No axial load should be applied in order to avert all forms of damages. It has brake system which operates with 10% allowance at 24V. The motors of AKM22C-ANBNR-B0 can be fixed on the shaft in either upward or downward directions.