Rexroth, Indramat, Bosch Controller Firmware in the PPC Series. This controller features a Configuration of Cross Communication, ARCNet / Not Equipped / Not Equipped along with a Memory Expansion Module of None.
Request a Quote Request Repair 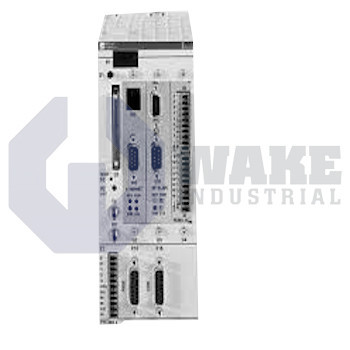 Rexroth, Indramat, Bosch Controller Firmware in the PPC Series. This controller features a Configuration of Cross Communication, ARCNet / Not Equipped / Not Equipped along with a Memory Expansion Module of None.
Request a Quote Request Repair

Warranty
1 Year Wake Industrial Warranty Included
Shipping
Worldwide shipping via DHL, UPS, and Fedex
Exchange
Call to find out about our exchange credit for your defective unit.
Sell Us Your Surplus
Have a PPC-P11.1N-N-Q1-NN-NN-FW to sell?
Click Here

Bosch Rexroth AG is unparalleled in its advancement of industrial technology and infrastructure. As the capabilities of industrial automation expand ever more rapidly, so too does the realm of possibilities of everything we can build and create. By integrating the Indramat® Drive and Motor Company into its repertoire of manufacturing technology, Bosch Rexroth's now leads the world in the race to create smarter, safer, more powerful and more affordable industrial automation systems.

The PPC-P11.1N-N-Q1-NN-NN-FW is the configuration of the 1st version of Bosch Rexroth's 11th series of PPC controllers revered for being spatially economic yet powerful and versatile. It owes its processing power to its PowerPC processor, 8 MB of SDRAM, and 256 bytes ser. E²-PROM, and it can readily function as a PLC controller or a CN controller depending on the client's requirements and the loaded software. Most specifically, the PPC-P11.1N-N-Q1-NN-NN-FW is configured with ARCNet Cross Communication. ARCNet is a famously quick fieldbus appreciated for its rapid responsiveness to short messages – made possible by its high data rate (normally 2.5 Mb/s), short packet lengths (0-507 bytes), and its token-passing protocol. In a token-passing protocol, a node only sends a data packet message when it receives an Invitation To Transmit (ITT), AKA a "token," which is a unique signaling sequence passed sequentially along all of the active nodes in the network. When a node receives a token, it must initiate a transmission sequence by catching the token, attaching the transmission data to the token, and passing the [token + transmission data] package along to its logical neighbor (the node with the next highest address) within the network.

Furthermore, tokens are passed along to the next highest network address regardless of the nodes' physical locations. Therefore, a token-passing protocol allows for rapid communication completely independent of the nodes' physical distance from each other – yet another major advantage for functioning in an industrial network. ARCNet also features integral cyclic redundancy check (CRC)-16 error checking and supports many different cable systems, including fiber optics.  Altogether, these features constitute a fieldbus that is tailored perfectly for the industrial automation industry.