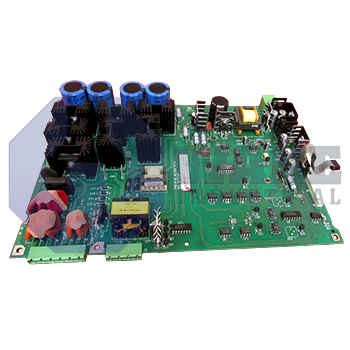 Warranty
1 Year Wake Industrial Warranty Included
Shipping
Worldwide shipping via DHL, UPS, and Fedex
Exchange
Call to find out about our exchange credit for your defective unit.
Sell Us Your Surplus
Have a 105-090202-01 to sell?
Click Here

The 105-090202-01 is a motion card designed and manufactured by Pacific Scientific. It is part of the 105 Motion Control Card Series. It is used to power and control servo motor and stepper motor component boards and cards. Examples of these components include PC modules, PC boards, motion control cards, PC CNC control, I/O emulation boards and drive CNC control. There are also other voluntary plugins, which include a SERCOS interface option card, I/O interface adapter board, programmable option card, indexer/driver board, option memory card, and an emulator board.

The 105 Motion Control Card has a long life and very easy to install. It is also adaptable, and the highest rated in terms of control and performance for stepper motors and servo motors. The 105-090202-01 can be used in a broad range of applications in both digital and analog. The motion card is PCI compatible, and you can plug into a PCI bus on an industrial PC or PC. The most general form factor for motion control cards is PCI. The PCI bus was introduced in the early-90s, and its plug-and-play feature PCI took off in the mid-90s with Windows 95 OS.

This made adding new functionality to PCs easy, quick, and with a minimum set up and programming. In combination with the gradually increasing processing power of PCs, motion control cards can be implemented on PC-based systems using the PCI bus. A standard PCI-based system comprises a host computer where the PCI cards stay, the controller card and interfaces between the control and feedback signals of the field (from drives, motors, and feedback devices). The 105-090202-01 has a warranty of 1 year, which applies after the purchase.