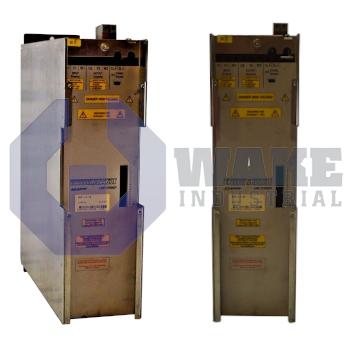 The NAM Power Supply is made by Rexroth, Indramat, Bosch. This series of power supplies works alongside the TVD Power Supply Series. The NAM series helps to suppress reactions on the TVD power supply, and is what is called a Suitable Auxiliary Unit for the TVD and other series as well. As a Power Supply Unit, the NAM series can be connected to an Input Inverter Choke HNL which can then be routed directly to copper surface of the choke. In the NAM there is an output at the terminals of AC 230V which is used for controlling external and pre-charging protective circuits.