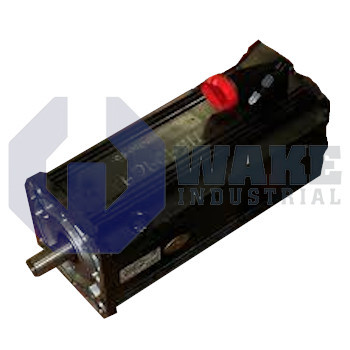 Warranty
1 Year Wake Industrial Warranty Included
Shipping
Worldwide shipping via DHL, UPS, and Fedex
Exchange
Call to find out about our exchange credit for your defective unit.
Sell Us Your Surplus
Have a MSK100D-0300-NN-S1-BG2-NNNN to sell?
Click Here

Ever since the invention of motors have been considered as a crucial part of the technical world, many companies have started to develop their own series of motors and added different features just to satisfy their customers.

Bosch has generated many different series of motors such as the MSK series which we will be discussing in this article. Bosch also came up with the trouble-free and accessible guidelines or instruction for installing and repairing their motors.

One member of this series, the MSK100D-0300-NN-S1-BG2-NNNN has been among the most prominent models of MSK series of motors. Such motors are known for their efficient working and less frictional losses in order to generate the highest possible useful output.

MSK100D-0300-NN-S1-BG2-NNNN and other models in the MSK series come with protection guides as well because if these motors are installed well, they hardly need any kind of inspection from the user. But if there is any kind of fault present in them, they can become pretty dangerous to handle.

MSK100D-0300-NN-S1-BG2-NNNN is a cost-effective and efficient motor which causes it to have versatile applications in different technical fields.