MSK Series Synchronous Motors manufactured by Indramat, Bosch, Rexroth. This Motor features a Winding Code of 450 along with a Cooling Mode of Natural Convection.
Request a Quote Request Repair 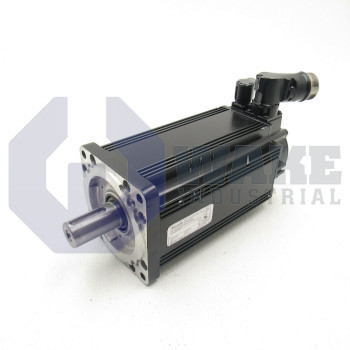 MSK Series Synchronous Motors manufactured by Indramat, Bosch, Rexroth. This Motor features a Winding Code of 450 along with a Cooling Mode of Natural Convection.
Request a Quote Request Repair

Warranty
1 Year Wake Industrial Warranty Included
Shipping
Worldwide shipping via DHL, UPS, and Fedex
Exchange
Call to find out about our exchange credit for your defective unit.
Sell Us Your Surplus
Have a MSK071E-0450-NN-S1-UG0-NNNN to sell?
Click Here

The group of Rexroth Bosch produces the best when it comes to components such as controls, drives, and motors which are commonly used in manufacturing and printing among other industrial applications. These components have been proved to last for a long time with limited or no problems. The Rexroth IndraDyn S servomotors deliver optimum torque strength as well as control characteristics while at the same time accommodating high dynamics.

The IndraDyn S family consists of four servomotor series which include MSK, MSM, MS2N, and MKE. The MSK series comprises servomotors which are mainly for industrial applications requiring high torque. The highest torques of MSK motors is 631 Nm. The MSM series of servomotors are ultra-compact designed. They feature up to 7.1 Nm for connecting with IndraDrive Cs. The MS2N series comprises more than fifty types of motors. The maximum torque of the MS2N motors is 360 Nm. The MKE series servomotors have an enclosure or housing which is resistant against pressure. The MKE servomotors can be suitable for potentially explosive environments.

The union nuts of the IndraDyn S servomotors should be completely tightened so as to guarantee protection against water as per the IP65 protection category and activate the protection against vibration. The MSK071E-0450-NN-S1-UG0-NNNN is one of the IndraDyn S servomotors. This motor is composed of materials such as brass, electronic components as well as modules, steel, copper, magnetic substances, and aluminum. According to the DIN EN 60271-3-1, the required lowest and highest storage temperatures for this servomotor is -5 °C and +45 °C respectively. The recommended highest humidity and lowest humidity within the storage environment of the MSK071E-0450-NN-S1-UG0-NNNN servomotor is 95% and 5% respectively. This servomotor should be stored in a vibration-free, corrosion-protected, dry, and dust-free location.