MSK Series Synchronous Motors manufactured by Indramat, Bosch, Rexroth. This Motor features a Winding Code of 300 along with a Cooling Mode of Liquid Cooling.
Request a Quote Request Repair 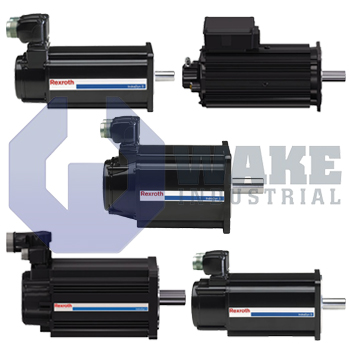 MSK Series Synchronous Motors manufactured by Indramat, Bosch, Rexroth. This Motor features a Winding Code of 300 along with a Cooling Mode of Liquid Cooling.
Request a Quote Request Repair

Warranty
1 Year Wake Industrial Warranty Included
Shipping
Worldwide shipping via DHL, UPS, and Fedex
Exchange
Call to find out about our exchange credit for your defective unit.
Sell Us Your Surplus
Have a MSK071E-0300-FN-M1-UG2-NNNN to sell?
Click Here

Rexroth Bosch Group is a leading engineering firm that offers state-of-the-art technology when it comes to motion control. The IndraDyn S MSK Synchronous Motor series leads the market, particularly in Europe and the United States.

The Rexroth IndraDyn servo motors have gained quite an acclamation, and they’re being modified and improved continuously. Over the years, quite a few models of MSK series motors have been introduced in the market. The combination of power, precision and narrow size increments is a major selling point of these synchronous servo motors. They best part is that they can be customized and set up with additional options. So they can handle tasks aside from what servo motors are traditionally used for.

The MSK071E-0300-FN-M1-UG2-NNNN is a particularly powerful motor in the series. The synchronous motor weighs 23.5 kg and features a frame length E, a 240-degree rotatable connector, and electrically-released holding brake with 30 newton meter, which makes it stronger compared to other models of the same series (like MSK060, MSK070 and others) as well as other similar models.

The MSK071E-0300-FN-M1-UG2-NNNN servomotor features M1 optical encoder to ensure greatest possible precision, a winding code of 300 and a multiturn-absolute Hiperface optical encoder with 128 increments. Moreover, there is a liquid cooling system and a standard plain shaft with sealing ring. All these functional options add to the versatility of this motor.

The torque density of the IndraDyn MSK071E servomotor allows a compact design with a maximum torque of up to 84 Nm. Additionally, the high torque to inertia ratio allows it to rapidly accelerate loads.

Unlike most models, the MSK071E motor can be equipped with LEM fan unit, supplied ex works in mounted condition. The mounted fan ensures that the motor can be installed in places where repetition rate is high or continuous operation is required.