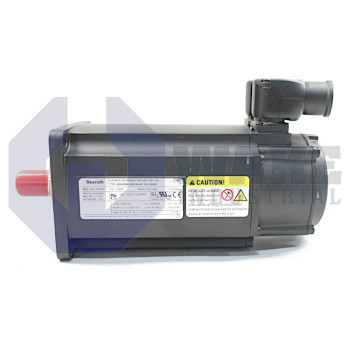 Warranty
1 Year Wake Industrial Warranty Included
Shipping
Worldwide shipping via DHL, UPS, and Fedex
Exchange
Call to find out about our exchange credit for your defective unit.
Sell Us Your Surplus
Have a MSK050C-0300-NN-M1-UP1-NNNN to sell?
Click Here

Bosch Rexroth leads the digital motor technological field in automation technology innovations. Their mechanical engineering surpasses that of competitors in their trade, so much so, that they prevail in the industry in a long-lasting way. Their drive and control systems exhibit the feats they have achieved in mechanical engineering. Bosch Rexroth has a modular design system called IndraDrive, which works to accommodate many compartments to have functional applications. This modular system has paved the way for applications in robotics, printing machines, and textiles. Such combinations allow diverse components to build off one another to produce something profound. Hence resulting in there to be an efficient system that will remain a key tool in the future.

The MSK050C-0300-NN-M1-UP1-NNNN is a Synchronous Motor apart of Bosch Rexroth’s MSK Synchronous Motors series. This motor holds all the default characteristics of Bosch Rexroth products. It is an efficient, high performance, and durable motor that can be used in various projects. MSK050C-0300-NN-M1-UP1-NNNN has a 3.1A continuous torque at 60 K standstill and a 5.5Nm continuous torque at 100K.