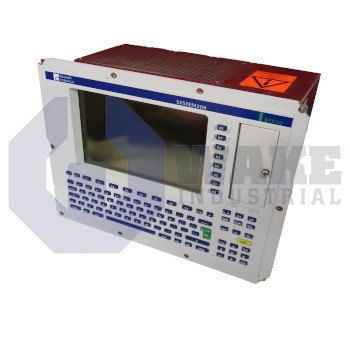 BTV30.2CA-64R-10C-D-FW is manufactured and produced for standard machine tools. This universal user and programming terminal was created by the company Bosch Rexroth and Indramat. This German based company is one of the top leading automations and machinery companies in the automations industry. They have produced and designed hundreds of different products such as servos motors, drive units, controllers, and control terminals.

Although the keyboard is a standard size, Rexroth produced the BTV30.2CA-64R-10C-D-FW with an additional connecter behind the floppy disk flap for an additional external keyboard if desired. For added convenience, this part is also installed with status indicators. There are two red LEDs that indicates the power is on and that there is access to the hard disk.