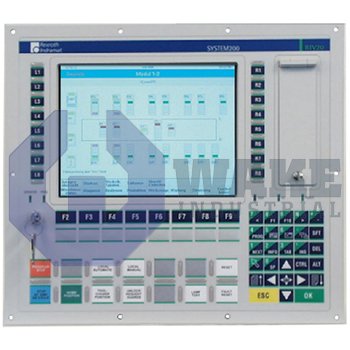 There is a wide array of modules included with the BTV20.3EA-56B-44C-D-FW such as contains a 10/100 MBIt Ethernet-Card PCM-E02.1, CNC module, and PLC module. Prior to delivery, Profibus software is installed on these modules along in addition to with an operating system. If needed, additional software for a MTC200 CNC device or an ISP200 PLC unit can be installed on the operator panel. In addition to assisting the user in controlling internal operations of the respective stand-alone machine, the BTV20.3EA-56B-44C-D-FW, the unit assists the user in visualizing the internal operations of the machine. Lathes, milling and grinding machines, and machine centers are machines that are typically used with the BTV20.3EA-56B-44C-D-FW.