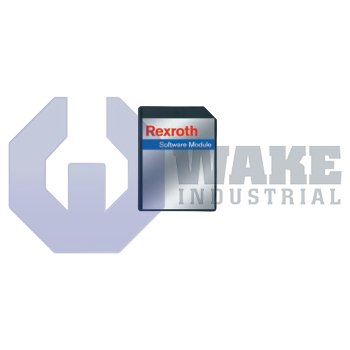 Warranty
1 Year Wake Industrial Warranty Included
Shipping
Worldwide shipping via DHL, UPS, and Fedex
Exchange
Call to find out about our exchange credit for your defective unit.
Sell Us Your Surplus
Have a FWC-BTV06*-T21-22VRS-NN to sell?
Click Here

Rexroth Indramat Bosch Group is a leading tech company that offers complete systems to run automated processes, such as machine tools manufacturing, electronic packaging and printing, handling etc. Since there are different systems and processes involved, there will be a wide range controllers handling their part of process. To simplify control, Rexroth Indramat offers BTV06 miniature control panel that connects with a wide range of Indramat controllers to perform single axes and multiple axes control tasks. To synchronize the BTV06 unit with the Indramat controllers, a firmware FWC-BTV06*-T21-22VRS-NN is needed that comes in a floppy disk along with the control unit.

Initially, the FWC-BTV06*-T21-22VRS-NN firmware must be loaded into the control panel via a PC. Firstly the firmware is loaded into the PC. For this purpose, the unit must be connected to the PC that contains 32-Bit Windows (NT, 98, or 95) operating system. Moreover, a Flashtool Dolfi must be installed into the PC beforehand. After establishing connection and switching on the control voltage to the BTV06 unit, the Dolfi flashtool should be started. The firmware should be loaded into the PC at the baud rate of 9600 bits/second while the download baud rate should be 38,400 bits/second. The Dolfi user manual must be followed in order to install the whole firmware into the computer. After the firmware is loaded, the PC should be restarted so that the software always activates automatically in the flash memory.

Secondly, the same process is repeated while loading the FWC-BTV06*-T21-22VRS-NN firmware into the BTV06 unit. As soon as the BTV06 unit turns ‘ON’, its Bootloader activates and searches for the desired software in the PC’s flash memory. Again, all the Dolfi manual’s instructions must be followed in order to load the firmware into the miniature control panel.