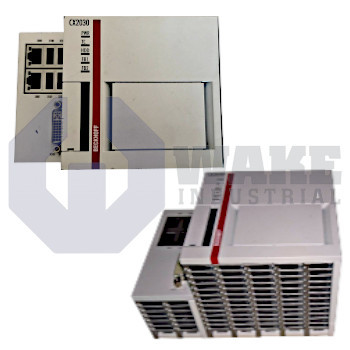 Warranty
1 Year Wake Industrial Warranty Included
Shipping
Worldwide shipping via DHL, UPS, and Fedex
Exchange
Call to find out about our exchange credit for your defective unit.
Sell Us Your Surplus
Have a CX2030-0135 to sell?
Click Here

Beckhoff is known internationally for supplying the Industrial PC units for varying applications. Their products can be found in many industries worldwide. Beckhoff components are based on open standards and have rugged construction so that they can function even under extreme conditions. The CX2030 is one of Beckhoff’s basic CPU module series.

The recommended operating temperature of CX2030-0135 by Beckhoff is between -25˚C to 60˚C with a 95% relative humidity. The CX2030-0135 comes in an IP 20 enclosure which offers good protection to internal components. The CX2030-0135 is GOST-R, CE and UL certified. This CPU module also complies with limits of Class A digital device set by FCC USA and Canada. The CX2030-0135 must be mounted vertically for smooth operation.