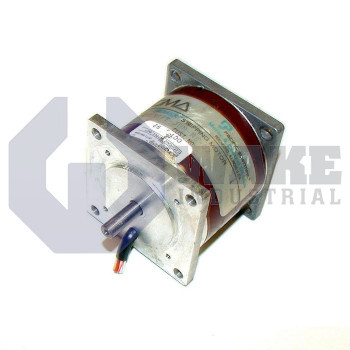 Warranty
1 Year Wake Industrial Warranty Included
Shipping
Worldwide shipping via DHL, UPS, and Fedex
Exchange
Call to find out about our exchange credit for your defective unit.
Sell Us Your Surplus
Have a E21NSFT-JDN-NS-02 to sell?
Click Here

Pacific Scientific is a globally renowned supplier of light to heavy industrial automation equipment. The E21NSFT-JDN-NS-02 stepper motor is one example of the quality goods for which Pacific Scientific earned its inviolate reputation. This E-21 edition stepper is equipped with proprietary Sigmax technology, a design that revolutionized motor design decades ago and is still in high demand for its superior torque output efficiency relative to other motors of its size, which is a NEMA 23 or 2.3 inch diameter casing with a pre-installed NEMA mount. It features specialized connection elements and the freely customizable 8-lead winding arrangement, which allows for four different operation configurations that affect performance in several capacities.

The E21NSFT-JDN-NS-02’s T-type winding is specifically designed to provide its greatest torque of 108 ounce-inches or .54 to .77 Newton-metres at the lower end of its speed range. Using the specialty low inertia rotor equipped on all E21NSFT-JDN-NS-02 stepper motors, it is a simple matter to tightly control the movement of your automation project. The double-ended, smooth shaft lends itself to further improving the versatility of this configuration of the Pacific Scientific E-21 series motor.

As with all motors of its basic type, you can count on the E21NSFT-JDN-NS-02 to function precisely and with a high degree of repeatability. Between -20 and 40 degrees Celsius, the greatest degree of error on this device is a paltry 1.5% of one step. The steps are in standard configuration, with 200 per revolution and thus each representing 1.8 degrees of rotation. If the most delicate and accurate control is your primary concern, and you’d like a stepper motor that will hold up to both rapid, low-torque motion and low-speed high torque operation, look no further than the E21NSFT-JDN-NS-02.