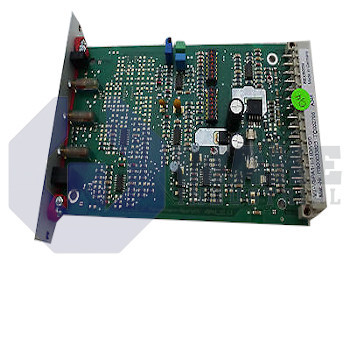 Warranty
1 Year Wake Industrial Warranty Included
Shipping
Worldwide shipping via DHL, UPS, and Fedex
Exchange
Call to find out about our exchange credit for your defective unit.
Sell Us Your Surplus
Have a VT-VSPA1-1-11D-V0-0 to sell?
Click Here

The VT-VSPA1-1-11D-V0-D is a proportional valve amplifier from Rexroth Bosch. This is a part from the VT-VSPA1 series from Indramat. It provides the capability of interpreting analog commands and controls electrical power leading to a proportional solenoid coil. The component series of this amplifier at hand is 11 with +24 VDC +40 % - 5 % operating voltage.

The VT-VSPA1-1-11D-V0-O proportional valve amplifier from Rexroth Bosch features a 32 pole male multipoint connection type along with a front plate. Its operational control is for pressure valves and it has a component series of 11 as well as there is the option to have additional functions factory assigned.