Rexroth, Indramat, Bosch Controller Firmware in the PPC Series. This controller features a Configuration of Factory Assigned along with a Memory Expansion Module of Not Fitted.
Request a Quote Request Repair 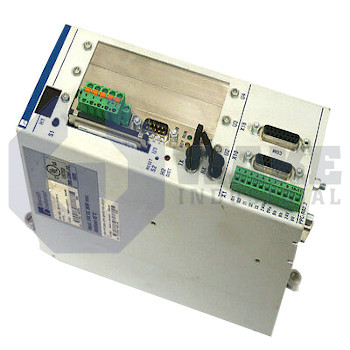 Rexroth, Indramat, Bosch Controller Firmware in the PPC Series. This controller features a Configuration of Factory Assigned along with a Memory Expansion Module of Not Fitted.
Request a Quote Request Repair

Warranty
1 Year Wake Industrial Warranty Included
Shipping
Worldwide shipping via DHL, UPS, and Fedex
Exchange
Call to find out about our exchange credit for your defective unit.
Sell Us Your Surplus
Have a PPC-R02.2N-N-Q1-NN-NN-FW to sell?
Click Here

Bosch Rexroth Indramat’s controls are available in a wide variety of options. The PPC control systems by Bosch Rexroth are SERCOS based, which is a globally recognized, standard system for communication between servo motors, drives and controls. Effective communication amongst system components is the key to a functioning motion control system. Back when motion control was not very common, servos and drives communicated through analog systems, meaning each company had its own system that did not cooperate well with other components. Bosch and Indramat have worked tirelessly over the years to develop a standardized control system and the SERCOS interface was a major step forward for the industry of motion control. The servo control is commonly known as the brains behind the entire automation system. While controls may be as simple as a small switch, they can also sometimes be large complex computers.

While there are no other versions currently available for Bosch Rexroth’s PPC-R02.2N-N-Q1-NN-NN-FW controller, the current configuration and firmware for the controller is only factory assigned. The PPC controller manufactured by Bosch Rexroth Indramat is widely popular as the first entirely automated system solution where motion, robotics and logic control are integrated into one uniform system. While the PPC controllers are most commonly used in PLC applications, they can also be used in comprehensive function applications such as master axes, electronic gears, cams and other complex motion sequences used to operate industrial standard machinery.