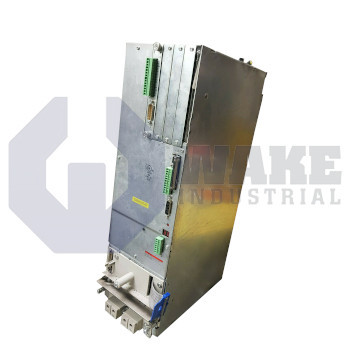 Warranty
1 Year Wake Industrial Warranty Included
Shipping
Worldwide shipping via DHL, UPS, and Fedex
Exchange
Call to find out about our exchange credit for your defective unit.
Sell Us Your Surplus
Have a HDS04.2-W200N-HA01-01-FW to sell?
Click Here

Similar to how many families have treasured heirlooms that are passed down from generation to generation, Indramat legacy parts play an important role in the functioning of factories for decades. The history and stories that come with such items are what essentially make them so valuable and priceless. While Indramat parts aren’t irreplaceable yet, it is safe to say that they are in short supply. Currently, there are many replacement drives and servos for Indramat systems available, most of which are provided by Wake Industrial.

However, the supply of such drives is finite and if a factory decides to dispose a defective servo, the pool of Indramat motors available across the world becomes smaller. The HDS04.2 drives are one of the last drives manufactured under the Indramat brand name and were part of their iconic DIAX04 series. These extremely valuable HDS04.2 drives were able to provide 200 amps of energy in order to run a wide variety of motors, linear slides and effectors. As useful as the drives were, they were used in an extensive range of applications including printing, roll forming, food processing and especially robotics. Being the second most popular drives from the Diax04 series, the HDS04.2 drives were popular for their toughness and capability.