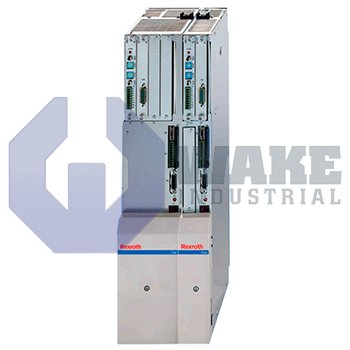 Warranty
1 Year Wake Industrial Warranty Included
Shipping
Worldwide shipping via DHL, UPS, and Fedex
Exchange
Call to find out about our exchange credit for your defective unit.
Sell Us Your Surplus
Have a HDS04.1-W200N-HS76-01-FW to sell?
Click Here

Bosch Rexroth Indramat has a storied history of producing industrial gear with the capacity to support the diverse and complicated arrangements that may become necessary in the process of automating industrial operations. HDS04.1-W200N-HS76-01-FW controllers, members of the versatile DIAX04 family, represent an iteration of the HDS series which has been designed for maximum power management.

What makes the DIAX04 drive system stand out from others of Indramat design is the immense cross-compatibility of its parts. The HDS04.1-W200N-HS76-01-FW can be linked to any of four diverse motor lines, two different types of power supply, and has four customization card plug-in slots with a fifth available for the firmware to drive it all.

The advanced data interpretation and response features of the HDS04.1-W200N-HS76-01-FW can be transmitted through cables with lengths up to and including 75 meters, or 246 feet. It, as well as its component parts, is tolerant of ambient temperatures between 5 and 45 Celsius, with the capability to function up to 55 degrees with declining performance. HDS04.1-W200N-HS76-01-FW units also come with a fan attached for the purpose of improving air circulation in the cabinet enclosure, assisting in the maintenance of these conditions. If you’re in need of a cost-efficient solution to a number of industrial challenges with the option to scale as new ones present themselves, consider the HDS04.1-W200N-HS76-01-FW for your next project.