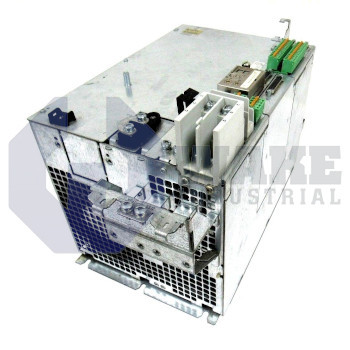 Warranty
1 Year Wake Industrial Warranty Included
Shipping
Worldwide shipping via DHL, UPS, and Fedex
Exchange
Call to find out about our exchange credit for your defective unit.
Sell Us Your Surplus
Have a DKC01.3-200-7-FW to sell?
Click Here

DKC01.3-200-7-FW is a drive made by Bosch Rexroth Indramat and is part of the DKC AC Servo Amplifier Series. DKC drives are digitally intelligent. Digital intelligence uses precise electronic calculations and uses it in a controlled operation. DKC drives, used in conjunction with Indramat motors, form the ECODRIVE03 automation system. The ECODRIVE03 system is mountable and installed easily. Its plethora of versatility has an attractive price to performance ratio as well. DKCxx.3-200-7-FW drive controllers use many communication interfaces. Some interfaces include SERCOS, Analog, Parallel, INTERBUS, PROFIBUS, CANopen and DeviceNet. The DKC series of drive controllers have well known performance and reliability.

Why buy from Wake Industrial?

Here at WakeIndustrial, we supply our customers with the best depth of information making your buying decision easier. We understand the complexity of automation parts, thats why we always provide a thorough specification list and factory produced manuals for all of our products.