The DDS02.1-W200-DA01-00 Servo Drive is manufactured by Bosch Rexorth Indramat. The drive operates with Internal Cooling, 200 A rated current, and Digital Servo Feedback. 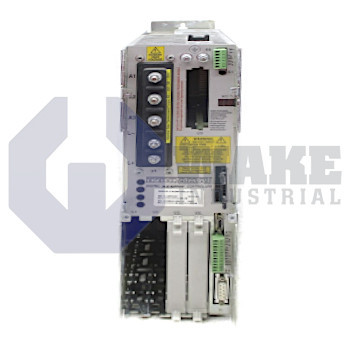 The DDS02.1-W200-DA01-00 Servo Drive is manufactured by Bosch Rexorth Indramat. The drive operates with Internal Cooling, 200 A rated current, and Digital Servo Feedback.

The DDS02.1-W200-DA01-00 features a modular design and is configured to different functions using these modules. The drive controller is configured before delivery and is tailored to its preferred function. The function is determined by the software and is preinstalled on the unit. The software, consisting of firmware and drive parameters of the DDS02.1-W200-DA01-00, is routinely updated to ensure the optimal functioning of the device. With that being said, the functions of the device remain the same and the same firmware may be reordered if desired. The firmware on the device has to be ordered separately from the main drive controller.  The respective version of the firmware is indicated by the index number. This number increases as newer versions of the firmware are released.