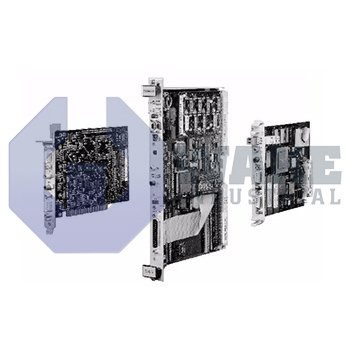 The CLC-D02.3M card is made by Rexroth Indramat GmBH, which was once an independent company, but later it was acquired by another German giant company Robert Bosch GmBH. After a few years, the company was merged into Robert Bosch as a business unit.

The CLC-D02.3M communication card has one seven-segment display to show the status of the operation of the motion control system. The additional information about the system is refreshed and displayed in the CLC watchdog, which is much faster to refresh the status within less than 100 microseconds. The monitoring of the servo drive control system is displayed with some predefined error codes. This card has also two serial communication ports that support different baud rates for the communication between the drives through host protocol. The supported baud rates include 9600, 4800, 2400, 1200, 300, and others. These ports can also be used in different modes such as RS232, RS485, and others. The model of this card is ‘3M’ as shown in the commercial product code of this communication card. The firmware is company assigned.